So today while I was teaching class, a student created an interesting problem.  We were doing a lab on DRS where they create a single Host Cluster for DRS and all add their hosts.

Well, one student created his own cluster, apparently checked the box for VSAN cluster in the process, added his host to it, then realized he was supposed to be in the "shared" DRS Host Cluster.

He deleted the cluster he had created, re-added his host to vCenter and when he tried to move his host into the DRS Cluster, he got the following error:

It turns out there was a VSAN datastore created with no disks in it and, his host still had an affiliation with the VSAN Cluster that no longer existed.

To resolve the problem we did the following:

Both Verification and Solution steps together look like this: 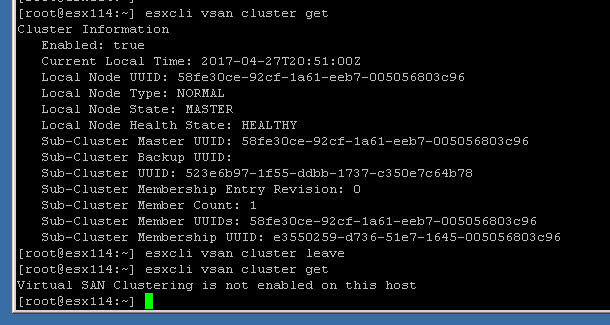